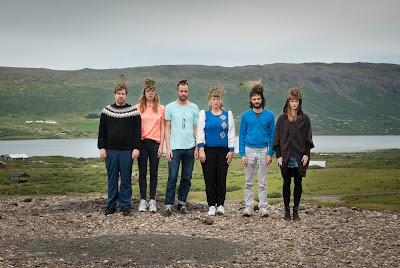 "have I just seen the birth of a new genre?" Manne Granberg, danstidningen.se

John the Houseband – Tripping North is a Concert-Performance, searching for traces of old and forgotten traditional Nordic Folksongs in our nowadays bodies and voices. As a collective of five choreographers/performers from the North, the Middle and the South of Europe, John the Houseband is a project, which follows its fascination in performing concerts and singing choreographies.
The leading question is how six bodies and voices from four different countries can bring back a forgotten but in human development deeply rooted tradition of singing and dancing together. What is the vital core of these long existing songs? What do they tell us now about our today’s selves, once they are brought back to presence?

The result is an exciting form where music and dance is celebrated. John the Houseband finds inspiration in using each others differences. The differences in language, in musicality and in physicality enables them to move from extravagant disco to subtle acapella, from flamenco to r’ n’ b, from Iceland to Spain.

"To see artists so fully dedicated and having so much fun as these seem to have in Tripping North will warm even the most cold Nordic heart" Kristina Nilsson, skanskan

"A state of being that many stage artists would die for to be able to rediscover."
Malena Forsare, Sydsvenskan 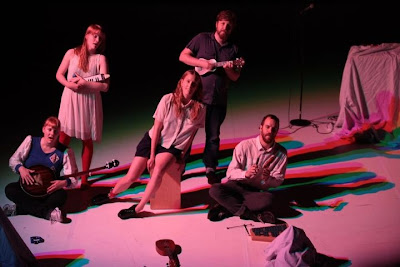 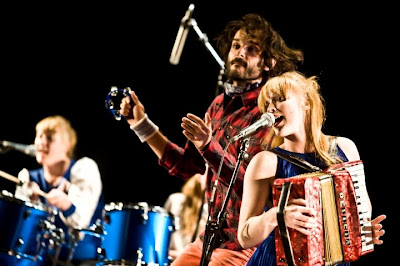 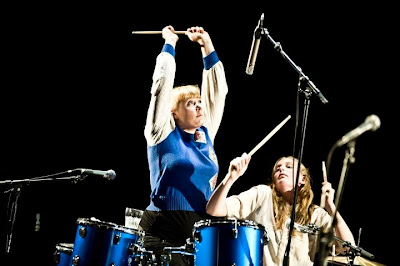 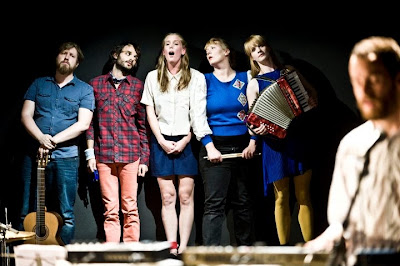